The World Is Scratching At My Door... 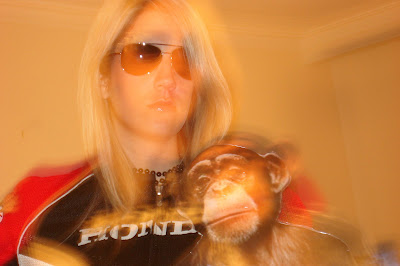 Sometimes, after being "good" for awhile and taking the adult approach to life by being responsible and clear-minded, you need to take the time and revert to childish ways.

And so we did.

The pictures in this post occurred after a slight debate about hockey fights over beers with Mr. Hockey (Jeff). In order to end said debate, he quickly You Tubed the popular Katrina and the Waves hit - Walking On Sunshine. 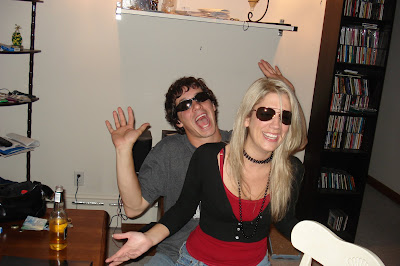 A few days later, we stepped out to the Cadillac for a "few pints".

Which turned into more than a few, with the added bonus of bourbon and wine, and multiple bars.

Oh, and a deathly ill Kristen the next day.

Seriously folks, it was ugly.

And yet - I still made it to the Bad Religion concert with the worst hangover in life. 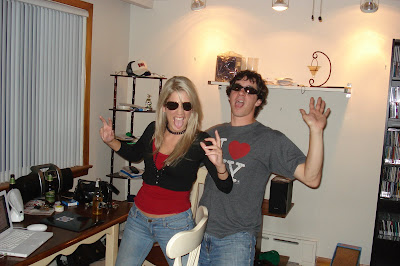 The week's not over yet.

Tomorrow it's back to St. Catharines for Grape & Wine.

Expect a full re-cap with pictures that no one will remember taking.

Debauchery at it's finest - annually.

But don't worry. I'll get back to responsibilities and routine.

Glad to see you were wearing your shades!

hehe that was just brilliant.. i love this line: "Sometimes, after being "good" for awhile and taking the adult approach to life by being responsible and clear-minded, you need to take the time and revert to childish ways."

this post makes me want to 'revert' back to my childish ways too, sometimes I miss those fun moments

It's true. Everyone's gotta do stupid things sometimes. Breaks the monotony of being an adult.

Although I rarely call myself one.