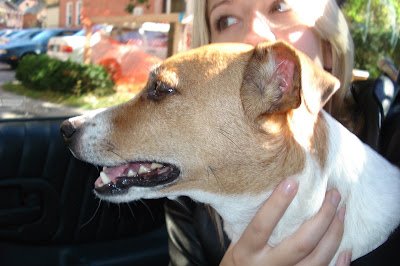 When we picked up Jack from his fun stay in the Beaches, we managed to kidnap another dog for a few days. 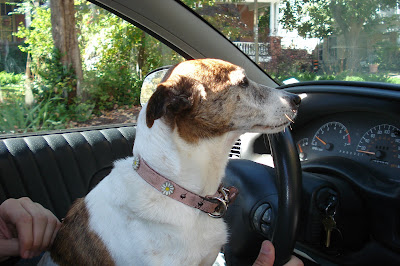 Sarah's dog, Madison. Older than Jack, but faster, tougher, and calmer. I'm fairly certain that Craig loves her more than anything in the world.

We may not give her back. 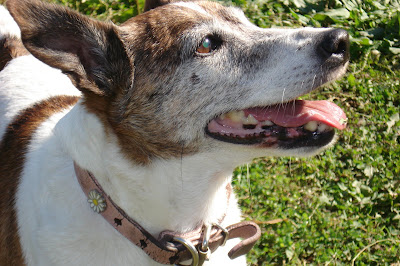 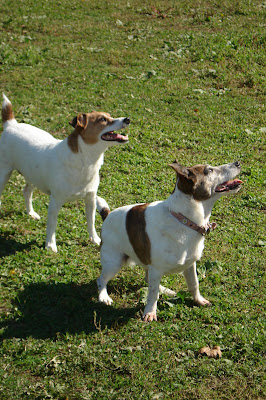 Got home, took em to the dog park.

Maddie dominated Jack in every way. 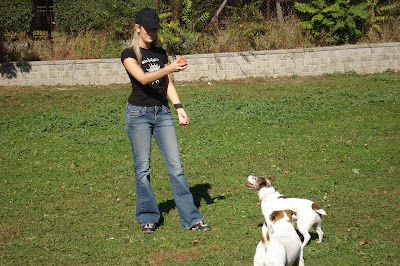 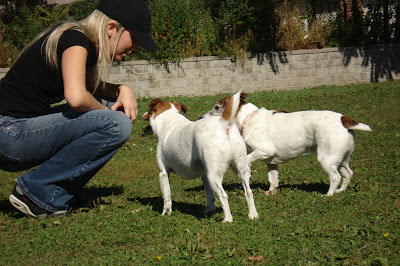 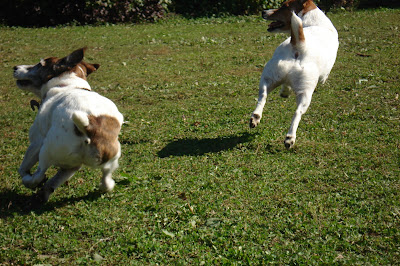 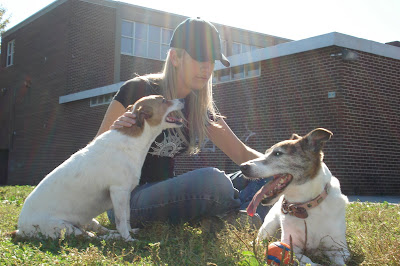 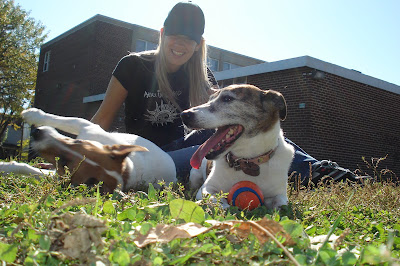 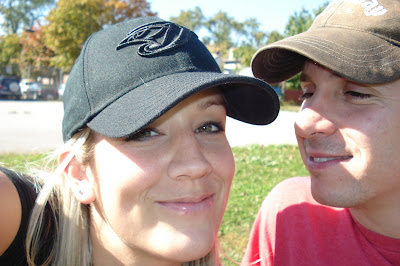 Matching hangovers and wonkeyfaced from sleeping on a floor.

Coupledom at its best. 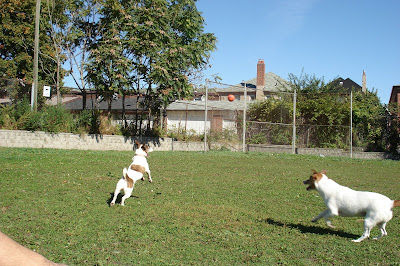 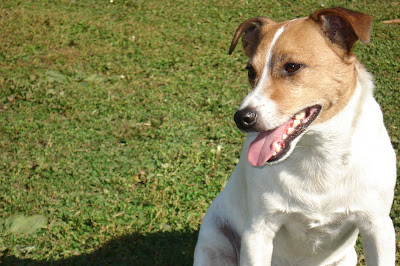 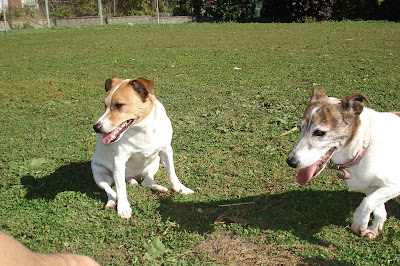 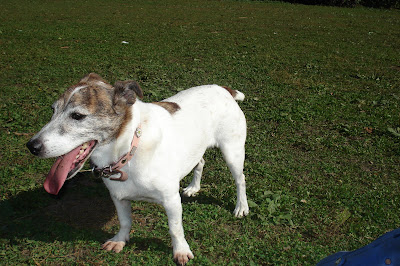 Such a great dog she is. 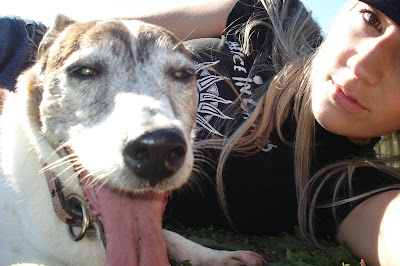 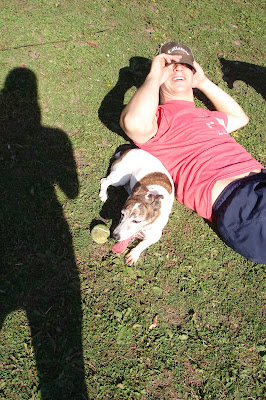 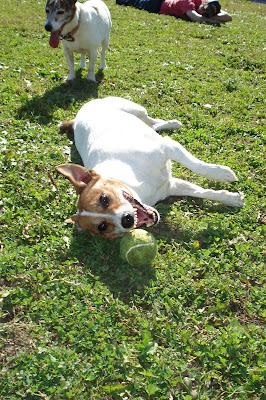 One pic says it all. 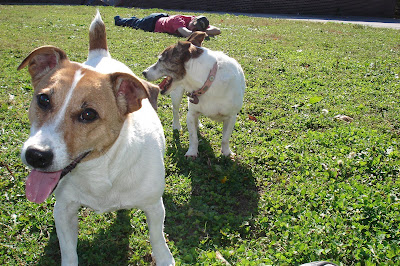 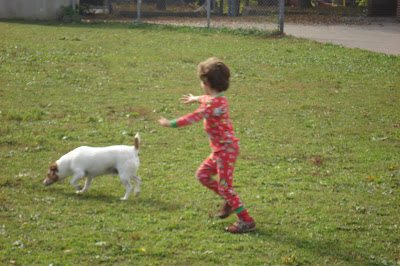 Today when we took the dogs to the park again, there was a 5-year old in his pj's that developed an obsession with the dogs.

Did our work for us. 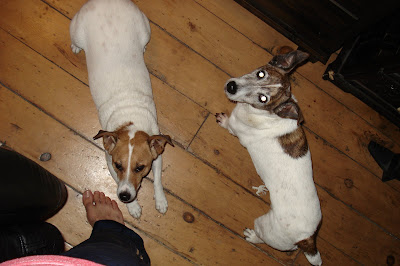 So much for my former dog-fearing self.

so you have 2 dogs now? they look like they match with the shapes of the brown vs. white on their fur.

and jack has always reminded me of wishbone. what IS the story, wishbone?

Born with a big mouth! said...

And yeah Sam, they're both Jack Russells. But Madison isn't ours, she's just visiting.

Nice dogs Kris :=) Just wanted to retribute your visit to my blog. Have a great weekend !