Bitter You, Bitter Me, My Better Half Has Bitten Me

You all know I hate to exercise. But months ago, I tried.

That membership has long since ran out. And I've been sitting on my ass, doin' nuthin.

So the other day, for fun, I decided to do a Billy Blanks DVD that Craig had bought me around Halloween (because of my brief stint doing Tae Bo). 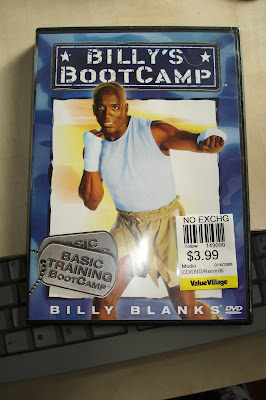 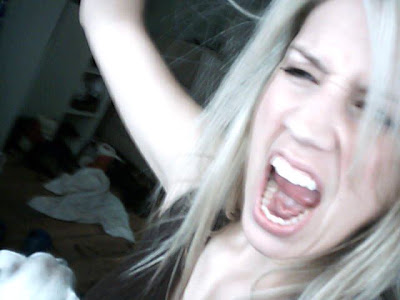 I tried. It made me angry. 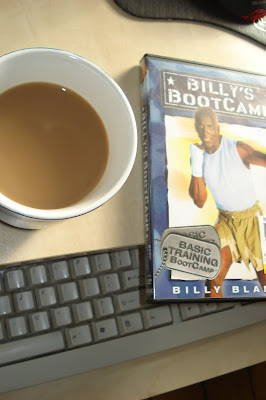 He was not a happy part of my morning.

And so, the next day, I went a different route. I got out my old exercise trampoline and had a crack at 'er again. 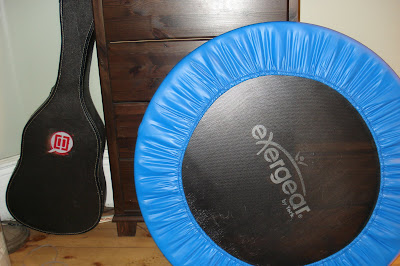 (It didn't come with dog hair, I added that myself. Pretty, yes?)

The good thing about this guy? I don't have to hear Billy Blanks or his overly-skinny helper speak at all. I listen to songs that make me wanna jump in odd spastic ways.

Allow me to show you examples of songs in my Trampoline Playlist (do not judge the selections. They have feelings too, and the 80's and 90's were a hard time for everyone.) :

I scream along adequately. The neighbours think I have issues. They're right.

The happiness that this song has brought me, since I was little, is too much to mention. I'm very glad no one made a video of me dancing and freaking out to this at my sister's wedding in November. *whew*

You remind me of the babe.

...and I do. If silence is actually loud noises coming from my speakers in a timely fashion, accompanied by my off-key harmonies.

RATM - Kick Out The Jams.

I like the original. But the Rage version makes me move. On a trampoline. Rhythmically-ish.

So there's a taste of what Kristen listens to while forcing herself to pretend to exercise. Very exciting stuff.
Throat-punched by Kris at 6:35 PM

You are a beast.

I assume you meant it negatively.

So hell, I'll pretend it's positive.

Still a total skid. I think that also may be the best pic of you yet.

Mike - Yep, skid. I know. And yeah, blurry messed up picstures that bare no resemblance to anything ARE my best.

ghost - Merci. If you lived around here, I'd totally make you a mixed tape. They must live on.

I can't remember the last time I thought about Billy Blank...

Maybe you're trying to block him from your pysche, much like I am.

My mommy taught to never go out and play with anonymous posters.

love 'you remind me of the babe'
i need a mini trampoline!