Come Outside And See It, But Pack Your Heart You Might Need It

Come with us now on a journey through time and space...

Or maybe just a recount of my Saturday in Toronto. Don't get bored yet, that'll happen shortly.

Picture it. A Saturday afternoon in Toronto. Two chicks with hours to spare before their concert. What do they do?

Well, we got Leah's nose pierced at Blackline. Random impulsive piercings are her forte. 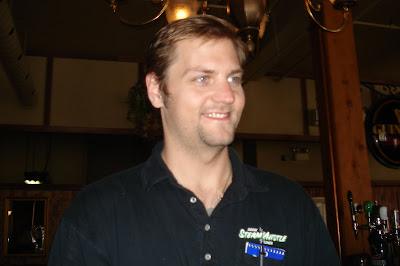 Then we visited Marty at the Banknote, because beer and appetizers are the best way to prepare for a concert.

It's proven. I just proved it. 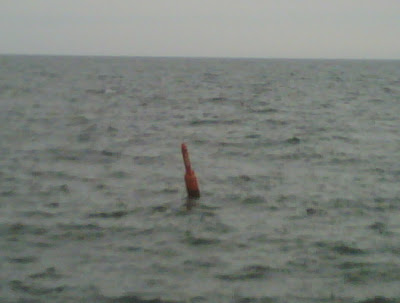 I met a cute buoy. 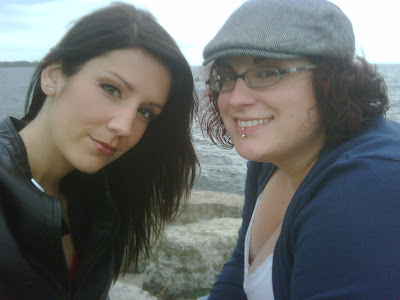 With too much time to spare, we sat by the lake at Ontario Place. I thought about jumping in, yet did not. Exciting, no? 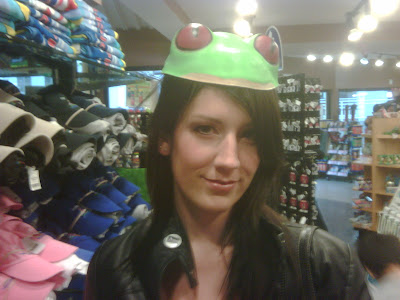 My froghead brings all the boys to the yard. 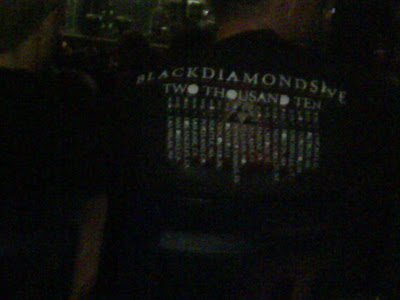 Don't be that guy - The guy (or chick) that wears the tshirt of the band he's seeing. Don't ask why, but it bugs me.

Deftones... blew me away. Chino (the lead singer) has somehow gotten BETTER since I saw them 11 years ago. So much energy. Such a good mix of songs, old and new. One of the best shows I've ever seen.

Amazing. I was a happy li'l Deftones Freak. 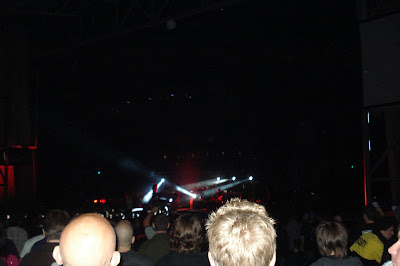 Now, onto Alice in Chains. I've been a fan forever. Grew up listening to their old stuff. I knew that seeing them with the new singer would be really strange, but that wasn't the weirdest part. They played so many new songs, which I figured they would, but I was so surprised to see that the crowd knew every word to the new stuff, and was clueless about the old songs.

That disappointed me. Good show, but I still wish I could transport back to the early 90's and see 'em with Layne. Watching someone else sing 'Nutshell' was just odd to me. 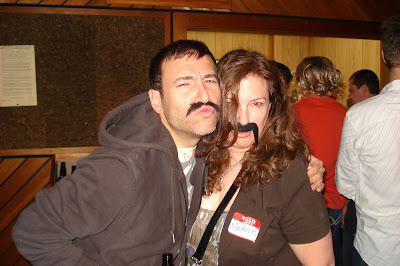 After the show, we went to Kelly's birthday party full o' faux mustaches and fun-tastic wigs. 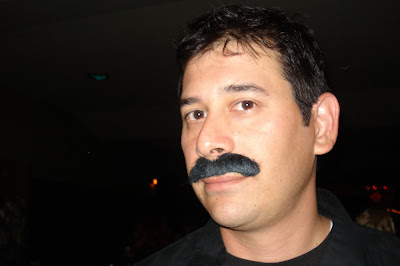 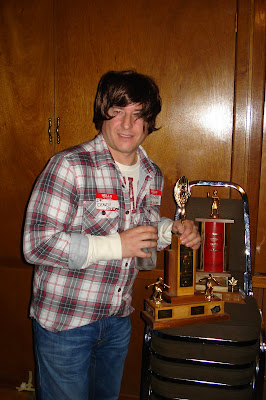 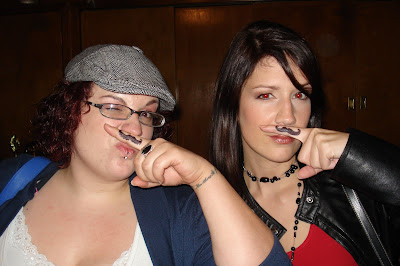 I played along, too. 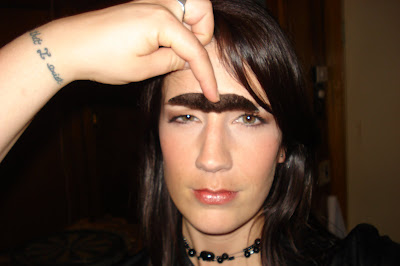 I have now posted the ugliest possible picture of myself that I ever could, complete with unibrow, a disappearing upper lip and wonky eyes. You, my friends, are welcome. 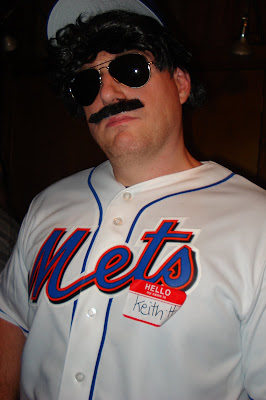 I'm tight with Keith Hernandez. Your jealousy fuels me.

Oh, Toronto. I miss you already. Long distance relationships are tough; let's figure out a way to be together. Now.

What is? Better than what? I'm full of confusion at this time.

I feel better because you updated us about the concert. Glad you had fun!

Ooooh, you're the anon from the other post. Gotcha. Thanks!

Thanks for sharing the link, but unfortunately it seems to be offline... Does anybody have a mirror or another source? Please reply to my post if you do!

I would appreciate if a staff member here at kristengoetz.blogspot.com could post it.

I'm afraid that all my staff members are currently on a scavenger hunt, featuring green Skittles and discarded garden gnomes. My apologies. Goshdarn link.

Still hot even with a 'stache.

I'll try my very best to grow one for you.

We found the gnomes and the Skittles, boss! Now what? Boots shined? Socks organized?

Find me an apartment, please. With a backyard for Daisy. And here's a tenner, go buy yourself a pint.

pfft THATS the worst photo of you possible? do you realize how luck you are? CLEAR SKIN. shiny smooth hair, etc etc... jeez girly. i would love it if this is the worst i could look.

Haha... Krista, I could definitely find some hideous zombie-like hangover pics. But I don't wanna frighten everyone away! ;)

Thank you for proving that rock girls can be stupid hot. #usuallygross