Though It's Cold & Lonely In The Deep Dark Night, I Can See Paradise By The Dashboard Light

My throat hurts like hell, my glands are swollen, and I'm throwing the blame in the direction of everyone I spent New Year's Eve with. Darn you all, with your pretty mouths and germy, germy ways.

That said, I don't much feel like thinking (what a new development, I know), so it's time for the usual fallback. Formspring questions and grainy phone pics. Huzzah! What luck! Such an exciting treat for you! 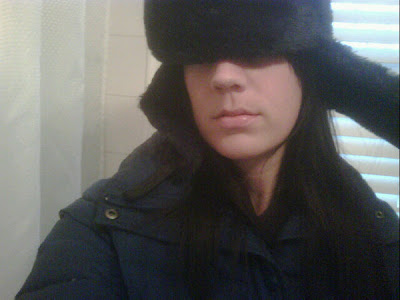 Want to be my best friend?

Nope. Unless you have Cheetos and cream soda. Then I'll think about it.

I would do anything for love, but I won't do that. What is "that"? Is it a backdoor burglar situation?

For once, a non-anonymous question! This one comes from the very awesome Dave Peris.

Truthfully, Dave... I believe Meatloaf was expressing his distaste for people who make fools of themselves for the ones they love, and so this song is about how he flat-out refuses to karaoke Paradise By The Dashboard Light in order to entertain common folk and their monkey-like friends. He is above us, you know. He is a Bat Out of Hell, and Rocky Horror elite. We are but mere mortals, willing to do anything for love. Including "that". 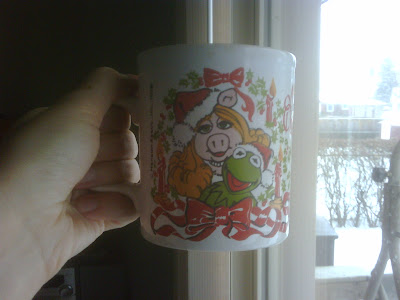 Do you ever do any modeling? What photographer do you use for your photoshoots?
These were each their own entry; separate questions. But I assume they're from the same person.

I've done some on-screen "hosting", but that's different. Never modelled, though I've been randomly asked. I'm chickenshit and don't know that I'd be any good. They tend to frown upon the kinda wonky faces I'm really good at. It's a gift.

As for photographers - I've never had a photoshoot, and I've never had pro photos taken. I have a few very talented photographer friends that I'm supposed to have shoots with, but not until I'm back in the city. Perhaps they can teach me how to not suck at photo-faces. 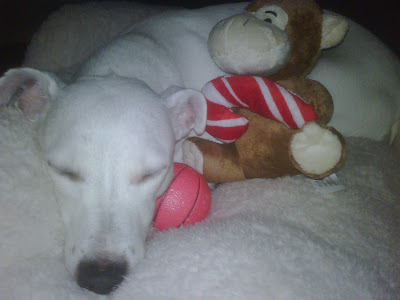 I feel like my boyfriend is pulling away. How do I get him to love me more and make us better?

You don't. You can't make someone love you. By "making" someone, that implies that you have to pretend to be someone you're not in order to keep him interested. That's no fun. Acting is exhausting, and you're not even getting paid to do it. Screw that!

Ask him what's up, try to figure it out. Relationships take a crazy amount of work from both sides, and if one side isn't willing to do that work... well, y'know. Do what you need to to keep yourself happy.

Oh - and if you really wanna know how much he loves you? Ask him to sing Paradise By The Dashboard Light at karaoke. Using the Meatloaf Scale of Love, that should answer all your questions.

I don't have Cheetos ad cram soda, but I do have beer and popcorn. does that trump the first demand?

You know me too well, Pat. Of course. Let's be best friends!

Does Meatloaf really have bitch tits? Or was that just something he put on for Fight Club?

Ha. "His name was Robert Paulson!"

Smack, I assume he must have bitch tits of some sort in real life, but those ones must've been grown just for the movie. I can't be sure. Let's ask him!

do you prefer crunchy or puffy cheetohs?

Love that hat on you, love this post. Hope you feel better!

I would karaoke that song with you if you wore that hat during it. Deal? :)

What ever happened to meatloaf? Is he still around?

Seems everyone digs Meatloaf. Or karaoke. Or.... pretending to be someone else to make someone love you. Or.... pictures of my dog cuddling with her toys.

I'm really not sure. But Steve, I'm glad you're excited about it.