You Gave Away The Things You Loved, And One Of Them Was Me

Going through random songs on my computer yesterday, I came across this little gem... Faster Pussycat's cover of 'You're So Vain' by Carly Simon.  My sister will remember it well; when we were (a lot) younger, we listened to it often. I even remembered all the details of the video.

Oh, Carly. This must've tortured you.

(My apologies to Faster Pussycat - I swear, I still love House of Pain. And I might still be hot for the guitarist. Shut up.)

This got me thinking... what are the worst cover songs ever done? So I asked a few people, and threw it on Twitter so I could get opinions of the masses.

The winners (or, should I say, les losers?):

Why was this allowed??


Limp Bizkit covering The Who's 'Behind Blue Eyes'.

Sorry, Fred. Nothing gives you the right to cover this song.

And maybe this is slightly blasphemous since it's the album anniversary and all, but...

Dare I say that she chose the most obvious song? Quite the fan she is. 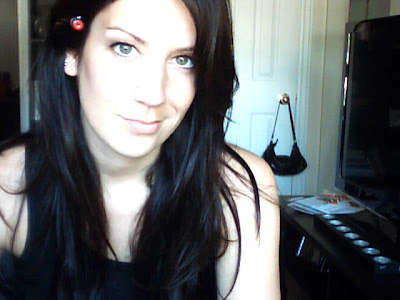 As you can see, I had to put my 'thinking pen' behind my ear in order to whittle down your lists to just a mere few shitty covers. And to be honest, I am a fan of many covers. such as:

Agree or disagree, I don't much care.

But what are your favourite covers, and which ones make you wanna shove rusty forks in your ears?

YES to Deftones cover of No Ordinary Love.

I love that Miley video, because it's just too terribly good. Stress the word 'terrbily'.

... and yes, You're so Vain did not stand the test of time. I'm sure it wasn't that great to begin with, but teen Steph sure liked it.

Teen Steph and a nine year old Kris. I can only blame you, big seester.

What was that guitarists name, anyhow? He's the only good looking one in the band.

Stevie Wonder's version of We Can Work It Out always makes my white ass groove. There's a live version floating around of Ron Sexsmith doing Hey, That's No Way To Say Good-bye by Leonard Cohen. LeoNARD was never recorded well (the mood of the music never matched the mood of the lyrics), so I seem to like the cover versions more than his versions.

i don't know who did it, but the intro sequence to some show i was watching had someone doing a terrible cover of an alice in chains song. i cursed, threw my remote at the tv, then got up and turned it off altogether.

leave alice songs alone, you bastards. or i will hunt you down.

also, i love deftones cover of if only tonight we could sleep.

Oh god, I'll have to look up that awful AIC cover.

As for Deftones - I tend to love all of their covers. They've done a lot. The only one I didn't love was their version of 'Simple Man'. I love the original.

Yes sir, it sure is.

Holy shit. Myley made me vomit and then gulp. That was disturbing. How can she pass that off at a concert? That shit would embarrass me to myself, in my open sound proofed home. I would have to take a cold shower after I sang that. That's 2 showers dammit!

Agreed on the 'Simple Man cover by Deftones', it need to be grimier, his voice isn't scratchy enough.

Damn I heard this wicked cover of Lithium that escapes my brain at present. Rain check that.