I Will Find A Way To Keep This Moment For Myself 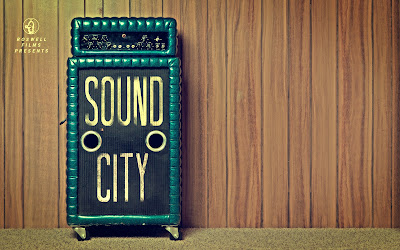 I want to say that any real music fan should hurry up and watch this movie, but that seems too general somehow. It's more for a specific type of music fanatic.

For those of you that may not know anything about the movie, it's a documentary made by Dave Grohl about a recording studio in California that housed a rare and unique recording console, the Neve. 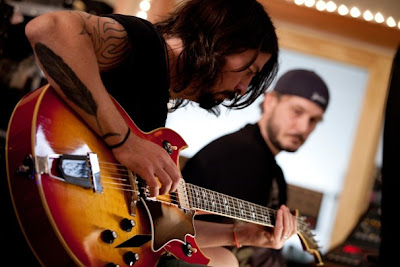 The list of amazing artists that recorded there is staggering - Tom Petty, Neil Young, Queens of the Stone Age, Nirvana, Tool, Nine Inch Nails, Frank Black, Rage Against The Machine, and so on...

That studio is even the reason Stevie Nicks and Lindsey Buckingham became part of Fleetwood Mac (and there, they recorded Rumours.) 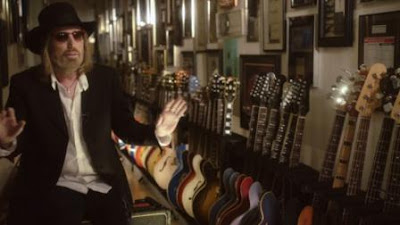 So, yes. To say it's a must-see for music freaks is a bit of an understatement.

It's not every day that you can take a group of musicians that varied and that diverse and get them all to speak fondly about the same thing - a dingy studio and an ancient recording console. 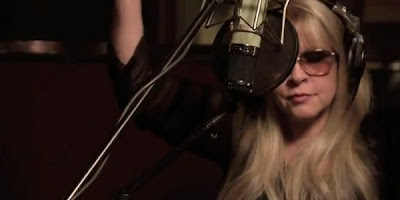 Seeing Stevie Nicks hangin' out and recording with the Foo Fighters was fun enough, but Trent Reznor recording with Josh Homme and Dave Grohl? Hell. Yes.

That's a room I would've wanted to be in.

The discussions about older recording techniques and the birth of digital is another interesting aspect of the movie. Digital killed Sound City, essentially. But I personally like hearing musicians talk about the beauty of analogue, and the idea that music isn't meant to be perfect.

That, and how band members aren't meant to be segregated, alone in a small box as they record. A band is a group experience, feeding off of each other is important.

That's the stuff I love about this doc. 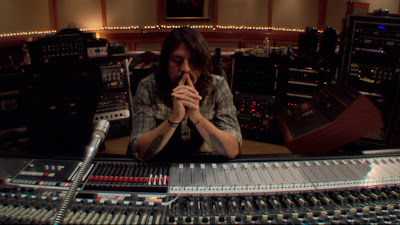 So if you not only dig music, but also the history of some timeless albums and acts, then I recommend watching. That studio is a serious part of musical history.

It made me want to be a part of it.

...and thanks for the listen!

So, the specific type of music fan you refer to...clearly it is music fans with awesome taste in music. Clearly.

Hellο therе! I could hаve sworn I've been to this site before but after browsing through some of the post I realized it's new tο me.

Did you watch Grohl's keynote from SXSW? So good!

What a stuff of un-ambiguity and preserveness of valuable
familiarity about unpredicted emotions.

Here is my web site - cresenciafong.com

Hi would you mind sharing which blog platform you're working with? I'm going to
start my own blog soon but I'm having a difficult time choosing between BlogEngine/Wordpress/B2evolution and Drupal. The reason I ask is because your design and style seems different then most blogs and I'm looking
for something unique. P.
S Apologies for being off-topic but I had to ask!

Woah! I'm really loving the template/theme of this site. It's
simple, yet effective. A lot of times it's very hard to get that "perfect balance" between usability and visual appeal. I must say you have done a fantastic job with this. In addition, the blog loads extremely fast for me on Safari. Exceptional Blog!

I used to be recommended this website by
means of my cousin. I'm no longer positive whether this publish is written through him as no one else recognise such targeted approximately my problem. You're wonderful!
Thanks!

Good respond in return of this query with genuine arguments and describing
all on the topic of that.

Good post. I am dealing with many of these issues as well.

In that case, this kind of question should not be taken
from any show telecasted in specific country. I believe my exact words were "I don't want to be your dirty little secret. The food is decent and the drink specials on Tuesdays include $2.

I mean "I Will Find A Way To Keep This Moment For Myself" is kinda
boring. You might look at Yahoo's home page and see how they write post titles to get people interested. You might add a video or a pic or two to get readers interested about everything've got to say.
In my opinion, it might bring your blog a little bit more interesting.

Please let me know if you're looking for a article writer for your weblog. You have some really good articles and I think I would be a good asset. If you ever want to take some of the load off, I'd really like to write some content for your blog in exchange for a link back to mine.

Hi there! I could have sworn I've been to this website before but after reading through some of the post I realized it's
new to me. Anyways, I'm definitely happy I found it and I'll be book-marking and checking back often!

I really love your site.. Pleasant colors &
theme. Did you create this site yourself? Please reply back as I'm trying to create my own
blog and would love to learn where you got this from or what the
theme is called. Thanks!|