Life Reveals What Is Dealt Through Seasons, Circle Comes Around Each Time

April 5th is a sad day in music history. Among the the many deaths that have occurred on this date, three have especially impacted the music scene with their passing. I thought it was worth a mention and a thought from one lone music fan.

Most notably for me is Layne Staley's passing. My big love for Mad Season aside, Alice in Chains have been one of my favourite bands for as long as I can remember. Without Layne the music is just not the same for me - no matter how talented and similar-sounding their current singer is, something is just missing.


The next, and most widely-popular I'm sure, is Kurt Cobain. Enough has been said about his death that there isn't much more to say. Music fans all over the world were rocked to their core when the news hit, it affected the masses greatly.

But as the saying goes... "It's better to burn out than to fade away":

And then there is Jim Marshall. The Father of Loud, the amp pioneer.

For those musicians who will be using a Marshall amp today,  be sure to turn it up to 11. 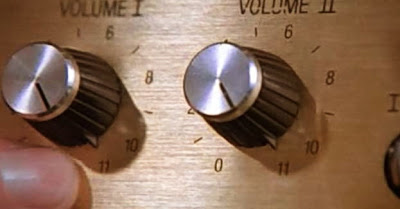 To all who have passed on April 5th, rest in peace.

You know, everyone says that AIC's new singer sounds a lot like Staley, but I don't hear that at all. If it weren't for Cantrell singing still, I'd be hard pressed to still call them that.

Hi there, I found your blog by way of Google even as looking for a similar subject, your website came up, it appears to be like great.
I've bookmarked it in my google bookmarks.
Hello there, simply turned into aware of your blog through Google, and located that it is really informative. I'm going to be
careful for brussels. I'll be grateful should you proceed this in future. Numerous people will probably be benefited from your writing. Cheers!

Here is my web-site ... plano houses for rent

Here is my web-site: allen homes for rent