I Have Only Two Emotions, Careful Fear & Dead Devotion

For as long as I've been aware of things "they" say, the idea of people changing has always been a big debate. And the majority of the public seems to believe that people don't change - even so far as to say they can't.

I figured I was overdue for this rant to say that I disagree - change isn't only possible, it's likely. 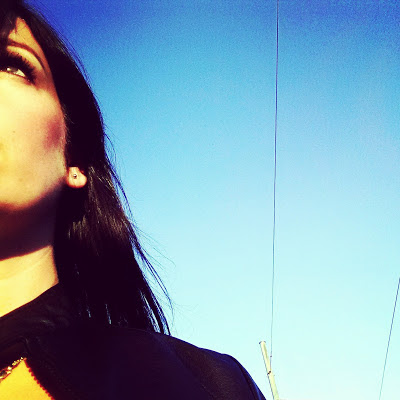 Experience and a lifetime of over-analyzing everything has taught me that the core of a person doesn't change. Who we are, the very basic parts of us, will always be the same. That's our makeup. But circumstance and the ability to tweak our own thought processes means that we are able to change quite a bit of ourselves. Sometimes with intention, sometimes without it.

Knowing this, and truly believing it, has been the root of many huge decisions for me. It's why I often give people, situations and relationships multiple chances, and hope that others do the same for me. As I've changed a lot in many key ways while staying myself, it's important to recognize that others can do the same. That's what I believe.

In the interest of disclosure, I admit that doing this and living my life that way has caused a great deal of pain at times. That's due to people whose changes were negative, or those who just changed in a different direction than I did. And from sometimes hoping for changes that never came at all. But I do it willingly, to eliminate the "what if's" that can make us all crazy. Sometimes it's worth it, and maybe that's enough.

So for those those that are set in their beliefs that people are incapable of change, you may need to open your eyes a bit more. Chances are, you aren't the same as you once were either.

Nothing worse than "What if?".
You always need to take that chance.

Agreed. I always do, when I have a choice to.

I agree. We don't change, but I do believe we do a better job trying to control negative parts of our personality.

Look at a tree. The bark may get rougher, someone might carve something into it, maybe it'll get burned but live through the fire, etc... but the wood inside (barring insects and disease) largely stays the same. I guess I'm saying I mostly agree with you.

We change our surface, to a shallower or deeper extent, but after a point, we are who we are, and that's what makes us unique. When you know that unique part of someone, you know whether to take them or leave them, regardless of the changes on the surface.
(insert usual complaint about Disqus here)

I gotta add - just like a tree, the older we get, the more set in our ways our core is, and the less deep any surface changes reach. At least this is what I've noticed, watching people age around me. If you want someone to change more significantly, you gotta get em to do it early. :)

I absolutely agree - absolutely. And I might not always have. That in itself supports the point.

I do agree that "we are who we are", but circumstances can make some of "who we are" a little different. Sometimes permanently, sometimes temporarily.

Ha, you sound like me. I'm the same way, which is likely why I wrote this.

magnificent points altogether, you just received a brand new reader.
What could you suggest in regards to your publish that you just made some days ago?
Any positive?

Well, it's the National. That's all that I can evoke... it's late... I don't even belong here, I don't know what this is or if there is any context or if there is any relevancy here to anything that I... things are overwhelming. I'll show myself out.