Make Up Something To Believe In Your Heart Of Hearts, So You Have Something To Wear On Your Sleeve Of Sleeves

This past week was the yearly North By Northeast festival in Toronto (NXNE, because typing out full words is hard). While I only went out to see bands on the Friday and Saturday, those 2 days alone were enough to render this chick exhausted by Sunday.

So here is my brief write-up with accompanying blurry, terrible photos. You knew it was comin'.


On Friday night, Hayden (are you sick of me talking about him yet?) and The National (how about them?) put on a free show to roughly 8.6 bajillion people at Yonge-Dundas square.

I got there early with my friends Steff and Rasam, nabbed a pretty good spot in one of the fenced off beer garden, and then planted. 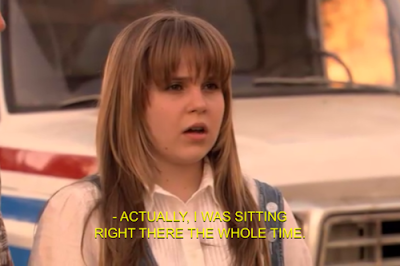 We deserved a "Way to plant, Ann".

After wanting to see Hayden live for the longest time, I've now seen him 3 times in less than a month, and met him.

Not too shabby for a fangirl.

It seems that every crowd wants him to play "In September". This time, he did.


My photos of The National are terrible. Which is too bad, because their set was fantastic.


Sadly, I had to watch a lot of their show while standing in line for the only bathroom in the beer garden. It felt like it took a year, and I was fairly certain I was about to die.

Thanks to the dude in front of me who let me go ahead of him, I didn't miss the whole encore.


The next night - the Wintersleep showcase at The Danforth Music Hall.

I was going to go anyway, but then won VIP tickets to the show. Bonus.

Brought along new MediaHaus team member, Erik - all live shows are work-related, and this is the way we do meetings. That's how self-employment works. 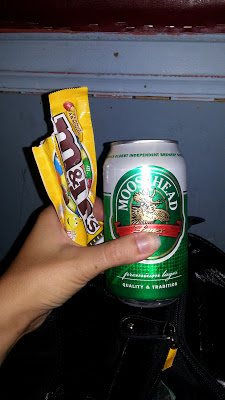 The balcony was the VIP section and included such items as beer and M&Ms.

I don't think I've ever eaten so many M&Ms in my life. It happens when things are free.

I really dug Dinosaur Bones. The singer's voice reminded me of Julian Casablancas of The Strokes, and their tunes were pretty vibe-y.

Yes, "vibe-y" serves as a proper description in my vocabulary. Give 'em a listen to better understand what I'm referring to.

Last but not least, Wintersleep.

I've never seen them live before, and The Danforth Music Hall was probably the best place to do so.

Fun to watch from the balcony, but eventually we headed down to the floor to see them close up.


Essentially, Daisy is depicting what I looked like after the weekend.

I may be old and boring at times, but hell... I make an attempt.

How was your NXNE?