Maybe I Know Better Than To Read More Than What's Written

For those of you who go to a lot of live shows like I do, you're likely taking a few photos for posterity's sake (and hell, for Instagram too. Let's not kid ourselves.). And so, if you're like me, you're taking said photos on your cell phone, often creating what I now refer to as TBCS - Terrible Blurry Concert Shots.

Do you suffer from TBCS?


TBCS is affecting many of us show-goers, and it is a problem. Yet we just can't seem to let go. We take these shots while being jostled by the crowd, while slightly-dancing-in-a-hopefully-non-embarrassing-way, and while throwing our hand up in the air & shooting blindly, hoping for that one great shot. But do we get it?

Allow me to use my TBCS from Saturday's Local Natives show as a reference point.

This concert was fantastic. Amazing. Friggin' awesome. Other related adjectives expressing how great it was. I was in a fairly good spot at the Kool Haus, my sight lines weren't bad. And yet.... my photos... 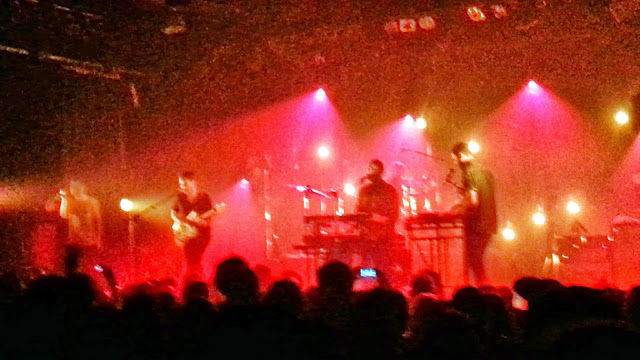 This right here is typical TBCS. You know it. You've done it.

The show starts, it's awesome, and you want to take a photo before you get way too into the whole thing. Capture a moment. Except, in most cases, the moment captured is blurry and dizzying.

Surely a moment not to forget. 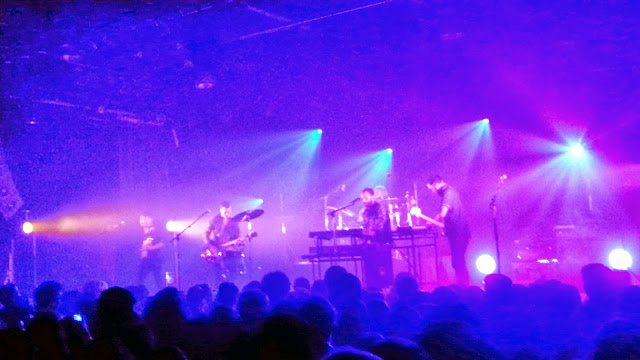 Usually there's one or two in the bunch that serve their purpose. Look, you can see band members. Instruments! Lights! People's heads!

So it's not completely terrible. And that's why we take the photos. We're not hoping for greatness, merely sub-par okay-ness. Here, that was achieved. 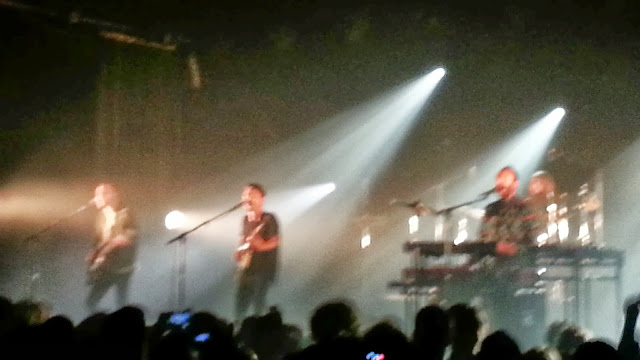 ...but then we promptly return to this crap.

If I had a proper camera, was standing still, and took the time to really take care with this shot, I'd bet it would've been a great one. But I didn't. Because I was at a concert, enjoying a show, and absentmindedly took a photo on the off-chance that one may turn out kinda awesome. It's a gamble, folks. TBCS strikes again. 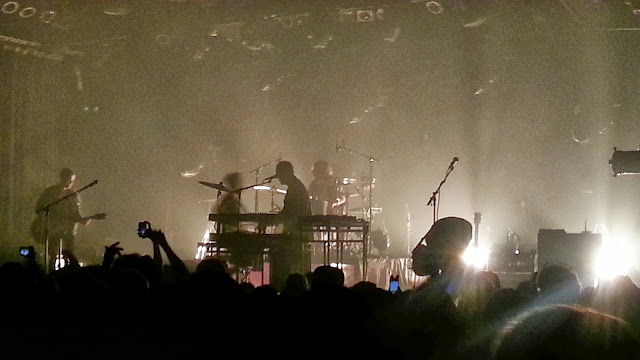 I dig this photo. And that's likely because I'm weird and like things that aren't overly likeable.

But again - the random photos you really like are the point of taking any at all. Right? 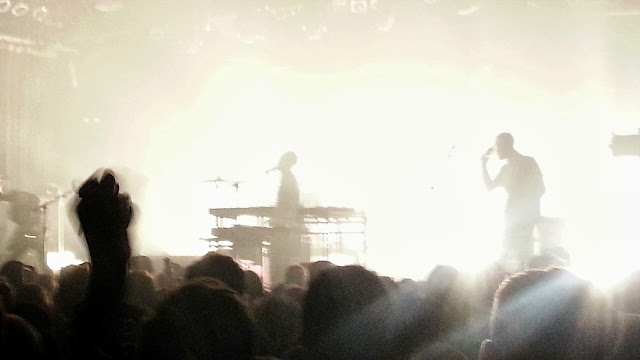 I can't really explain this one. Let's chalk it up to bad timing, or over-excitement about a particular song. Or, perhaps I was just looking to capture what looks to be a very large dog paw on the left side of the picture. Woof?

So, since Terrible Blurry Concert Shots are obviously an issue among us, why still take the photos? Why not keep the phone put away and not bother with any damn pictures?

For me, I like looking back and seeing what bands I've checked out in the past while. They're memories. And since I'm personally not the type to have my phone out through the entire show (a shot here and there, tops.), it's not a big deal. I leave the truly amazing shots to the pro concert photographers.

My name is Kris. I suffer from TBCS. And I'm ok with that.

Yet another band I don't know. Send me a list, I'll get caught up.