I Play My Stupid Songs, I Write These Stupid Words

People seem to like discussing "guilty pleasures". Everything from men binge-watching The Bachelor (and crying), to women lip-synching Adele songs in the mirror (and, again...crying). They're the things we're ashamed to like, so that's what we call them - our guilty little pleasures. Especially when it comes to music.

But I'll be honest. I feel guilty about NOTHING. I like what I like; I do what I do. Let's drop that damn guilty pleasure title and be honest with each other. I'll start. I have a pretty long list of musical likes that other people would certainly feel guilty about, so let me get some of those out in the open:

I dig the Spice Girls. Always have. Mel B. was my uber crush, and I even dressed as her for Halloween in grade 9 (don't ask how it turned out. Just don't.). I can still remember every word to their first album, and some of the dances - no shame. None.


Apparently I dig Brit chicks, because then there was All Saints. In fact, my all-girl group that I created when I was 14 (see blog post for full admission) was an attempt at being an edgier, heavier All Saints. And no, you can not hear the tapes. I likely burned them.

Of course, there was also my Backstreet Boys phase. Before anyone else ever knew much about them, I was obsessed. Hence the website. That love may be long (loooong) past, but I recently learned that I still know the words and am happier than a pig in shit to belt 'em out in public. Never cared about any other boy bands, however. Odd.


Some of my past so-called guilty pleasures weren't always so guilt-causing. You know those bands that everyone liked for awhile, and then they became like the plague (Limp Bizkit, Korn, anything Nu Metal, etc).We can all admit that when those songs come on, the happily nostalgic part of our brains makes us enjoy it. And sing along. Loudly. Often with awkward dancing. And why the hell not?!

I was the little girl who listened to metal, alternative, classic rock, grunge, prog-rock, et al... but I was never embarrassed when people would see a Spice Girls album underneath Tool's Aenima, or (briefly) a poster of AJ McLean wedged between Chino Moreno and Zack De La Rocha.

I currently get made fun of for still liking Skid Row, but it doesn't stop me. Hair metal will always have a special place in my heart. And how anyone can not like Motley Crue's Shout at the Devil album or GNR's Appetite For Destruction is just beyond me. But then my fellow hair band lovers may mock me for loving the Deftones, A Perfect Circle, Fleetwood Mac or Zeppelin. And my metal fan friends definitely hate my folk musicians. Bottom line: everything you like will be hated or judged by someone else. But screw it - our personal tastes are subjective, relative, and completely our own prerogative.

So, now it's your turn. Tell me your guilty musical pleasures, and make 'em not-so-guilty anymore. This is a non-judgemental space. We're not cool - we don't expect you to be.

Go for it. Spill. I'll be over here, dancing to Spice Girls.

Since Daisy already sent her personalized Valentine to my brother-in-law, I figured I could use her to give my messages to you guys - because you'd definitely rather have a Valentine from the pigdog than from me. (And if you're cheap and/or forgetful, feel free to send them to your own Valentine. She's like Cupid, except not a freaky naked baby with a weapon.)

So, to you all, Valentine messages from Daisy: 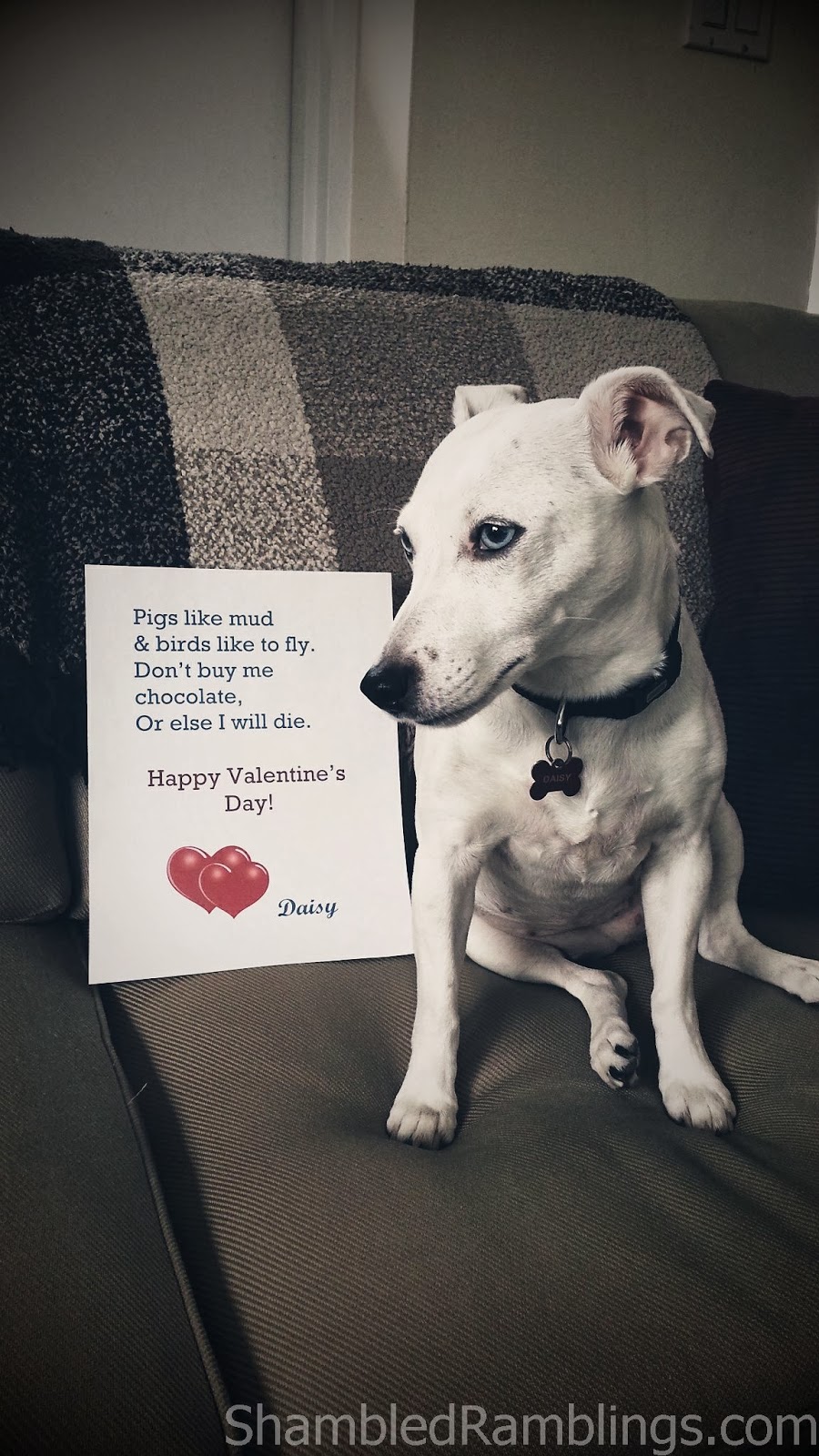 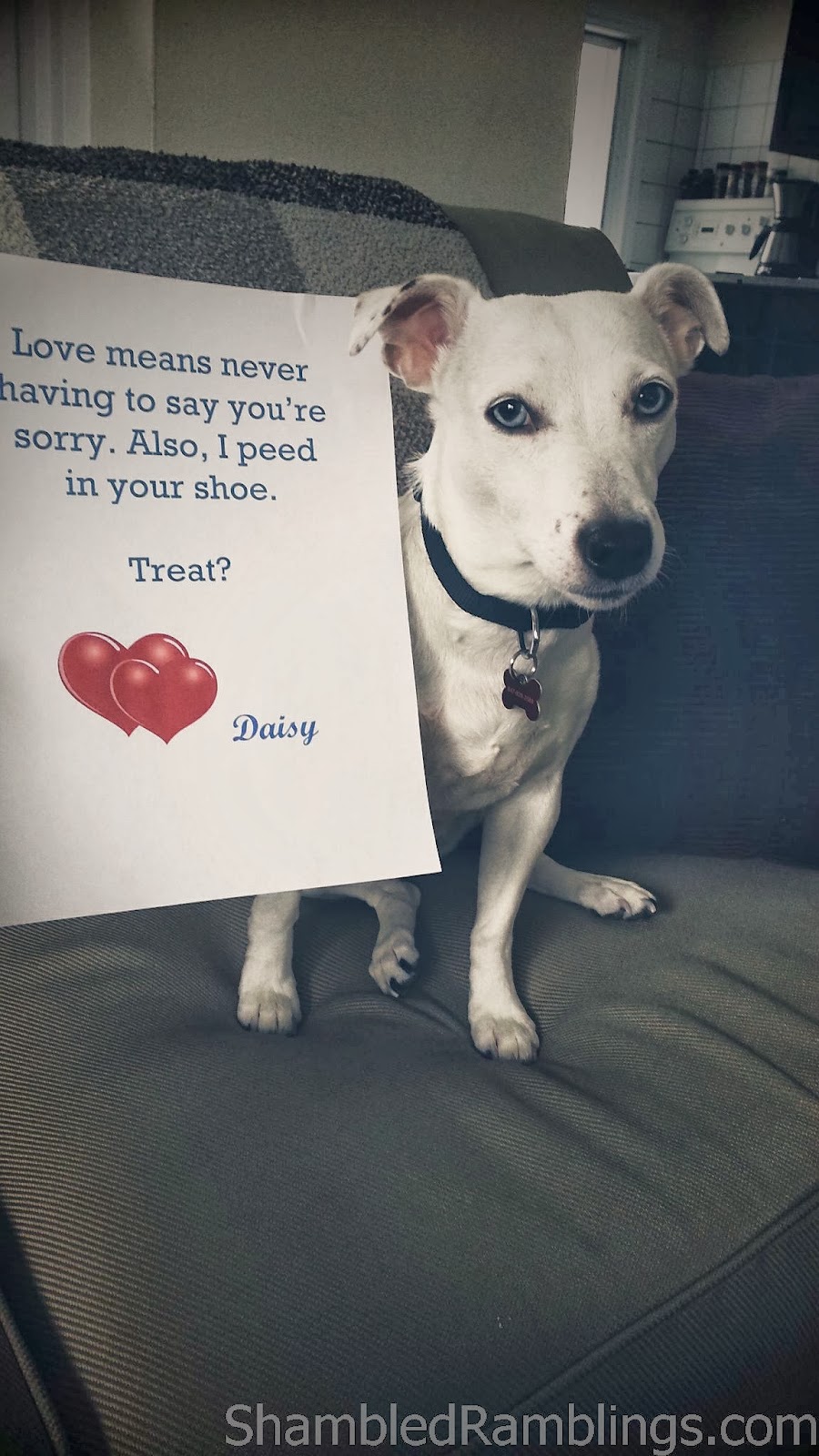 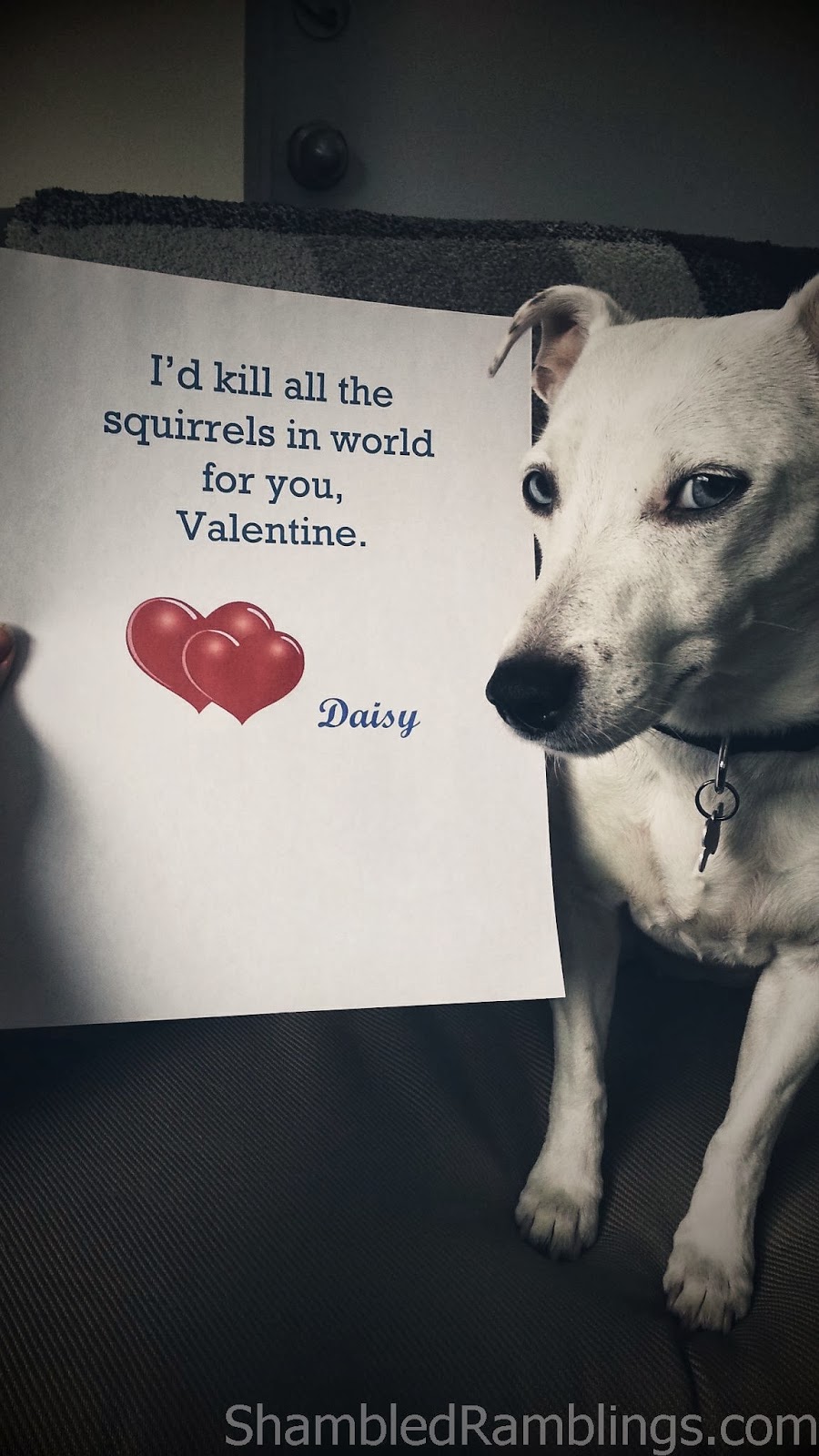 Happy Valentine's Day (or Gal-entine's Day, or Singles' Night Before Cheap Chocolate Day, whatever) from me and Piggie Smalls! 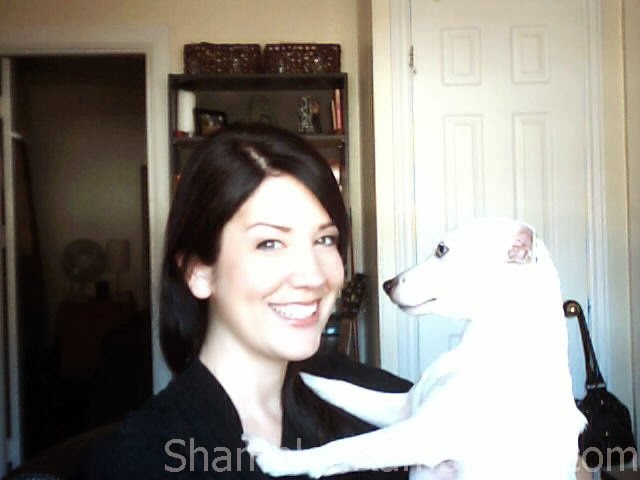 Throat-punched by Kris at 2:32 PM No comments:

There Is Always One Addiction That Just Cannot Be Controlled

It's been a long time since we've heard from our friendly neighbourhood pervert, Masuka. He's a busy, busy man. Plus, I haven't posted a video blog in over a year. (Whoops.)

So, since I still talk to him often, I decided it was time to post a more lighthearted entry for once and give the Masuka-lovin' readers something they've been missing. A Masuka question. 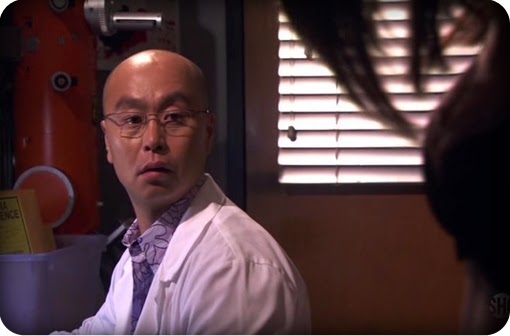 So the Olympics are in our midst. If you could make up a sport in something you excel in and compete in the Olympics what would it be? For me, it would be boob judging from 10 paces. I can guess a bra size like no ones business.

I can attest to that, Masuka judges boobs like no other. I've seen it happen. It's like he has a 6th sense for mammories. A unique skill, no question.

As for me... there are actually a few things I think I could kick ass at if they were actual events. Yes, you read that correctly. I have some skills. (Ok, more like "skills", as they're mainly useless.)

1. The Skittle Toss - a solo sport, where one throws Skittles into the air and then promptly catches them in their mouth. Can also be used with M&Ms, Reese's Pieces, and the extracted teeth of your nemesis.

2. The Lyric Switch - when given a popular song, one must sing it and change the lyrics on the spot. Main topics: dogs, food, and awkward situations involving falling down and/or walking into walls.

3. Completely Useless Trivia - if a fact has no actual use to anyone at all, chances are I know it. I'm pretty good at trivia games in general, but the more useless they are, the better. I am a vast vessel of stupid knowledge (musical knowledge aside), and I'm damn proud of it. So this event is pretty self-explanatory.

4. The Dumbass Jingle-Off - players will compete to see who can sing and/or recite the most jingles and ads from 1983 - present. (This would be no contest. Instead of learning multiplication tables as a kid, I was too busy absentmindedly absorbing all advertisements like a cheap sponge. You'll often hear me singing local Niagara jingles from the mid-90's. So useful! So resume-worthy! So attractive to the opposite sex!)

While I can think of many other weird skills I possess, my Kris-lympics are already looking pretty sad (and please note that I left out Tongue Folding in Thirds as an event, just this once). Therefore I'm opening it up to you guys - we already know that Masuka's event involves boob judging. So what would yours be?