I'm A Searchlight Soul They Say, But I Can't See It In The Night

A few Sundays ago (ok, many Sundays ago - major delays are what the cool kids are into, right?), I hit the Soundgarden/ Nine Inch Nails show at Ye Olde Molson Amphitheatre. 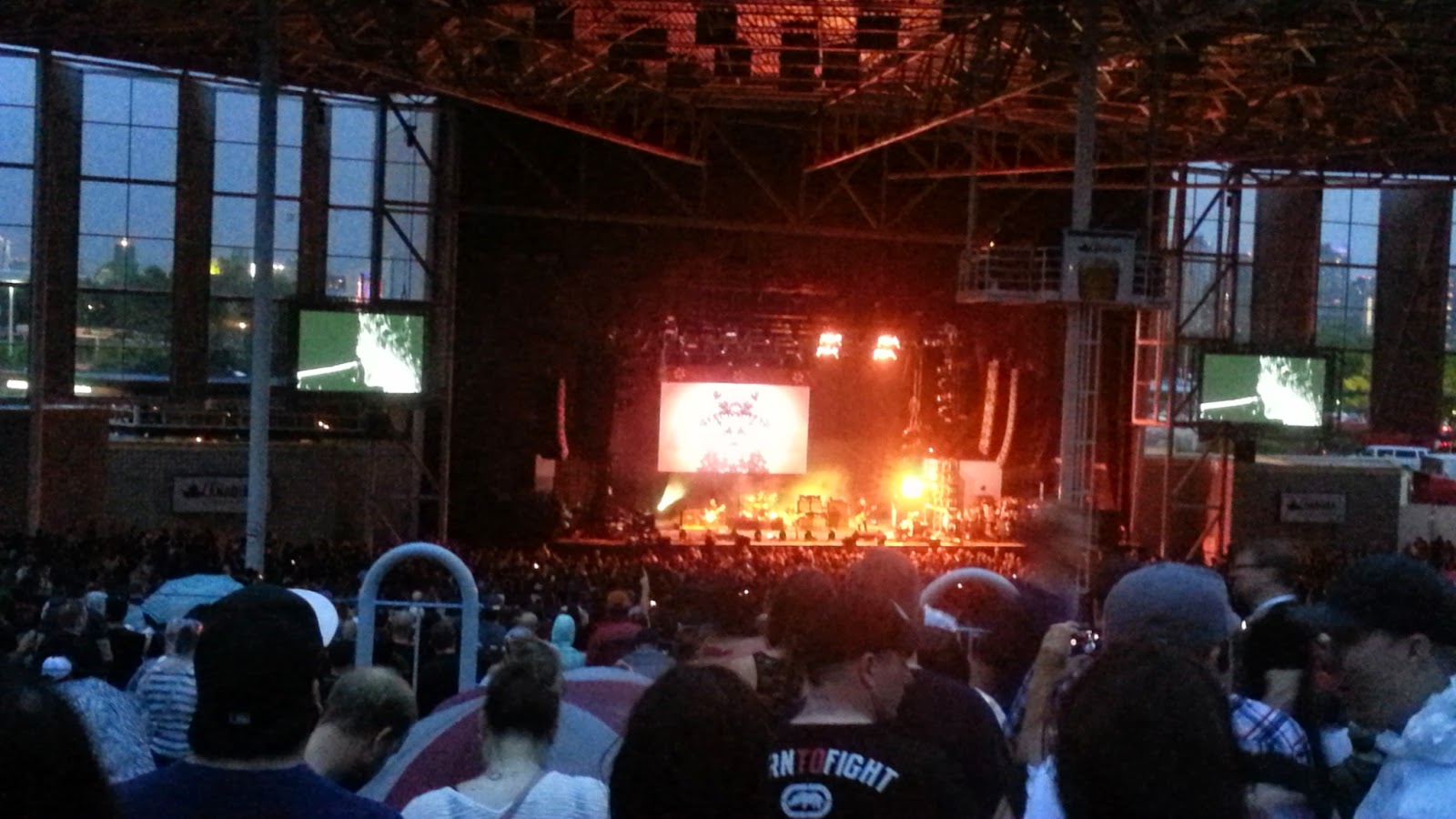 My partner in crime for this particular show was my friend Brad, who thankfully sent me all of his pics since mine were absolute garbage. 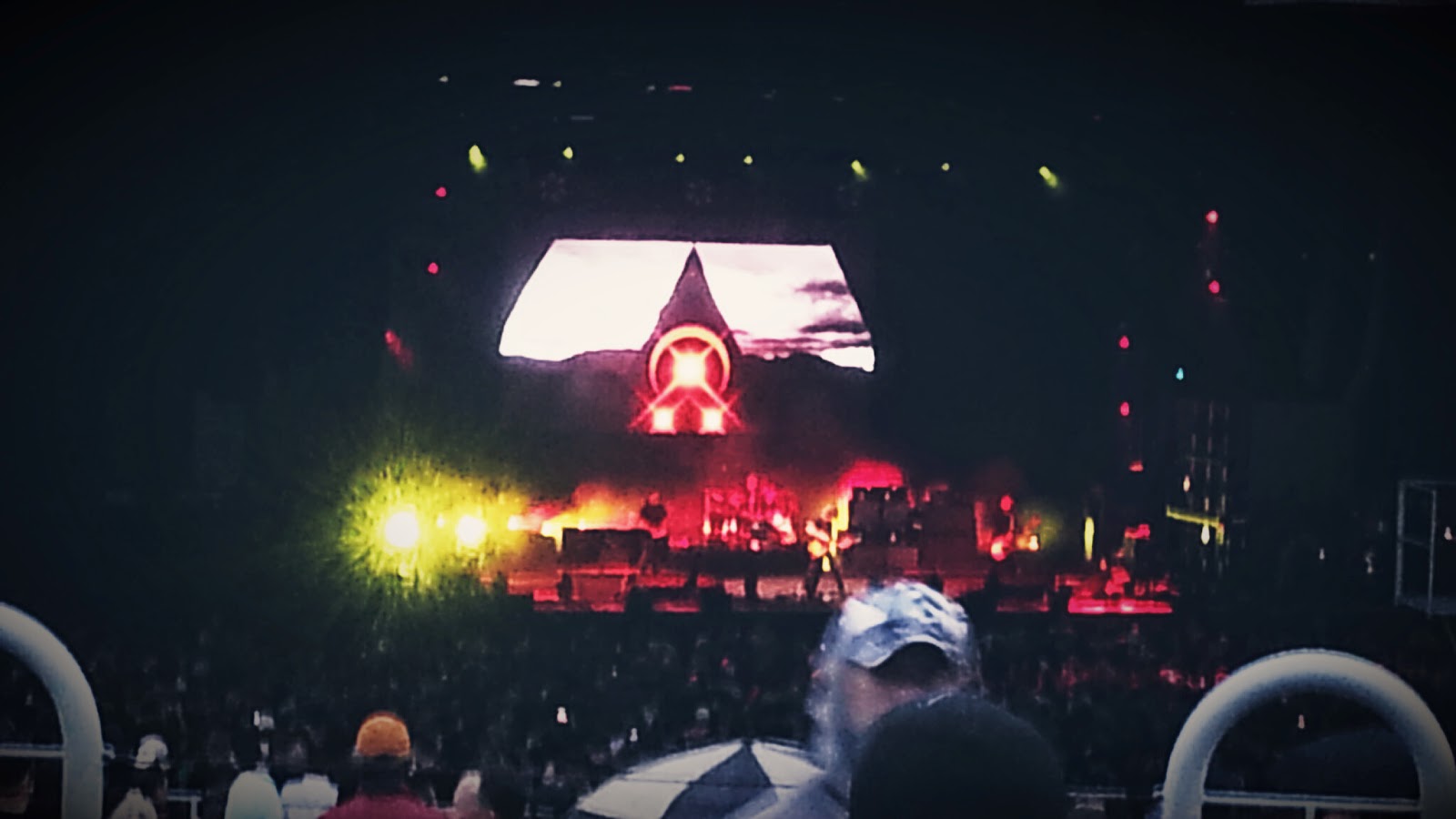 In case you can't tell, we were relegated to the lawns - the majority of good seats went to pre-sale and your ol' pal Kris missed out. But hey, it's alright! The lawn is a party itself anyway. It was a warm, sunny day. We were about to check out two of my favourite bands (one which I've never seen live before).

What was there to complain about? 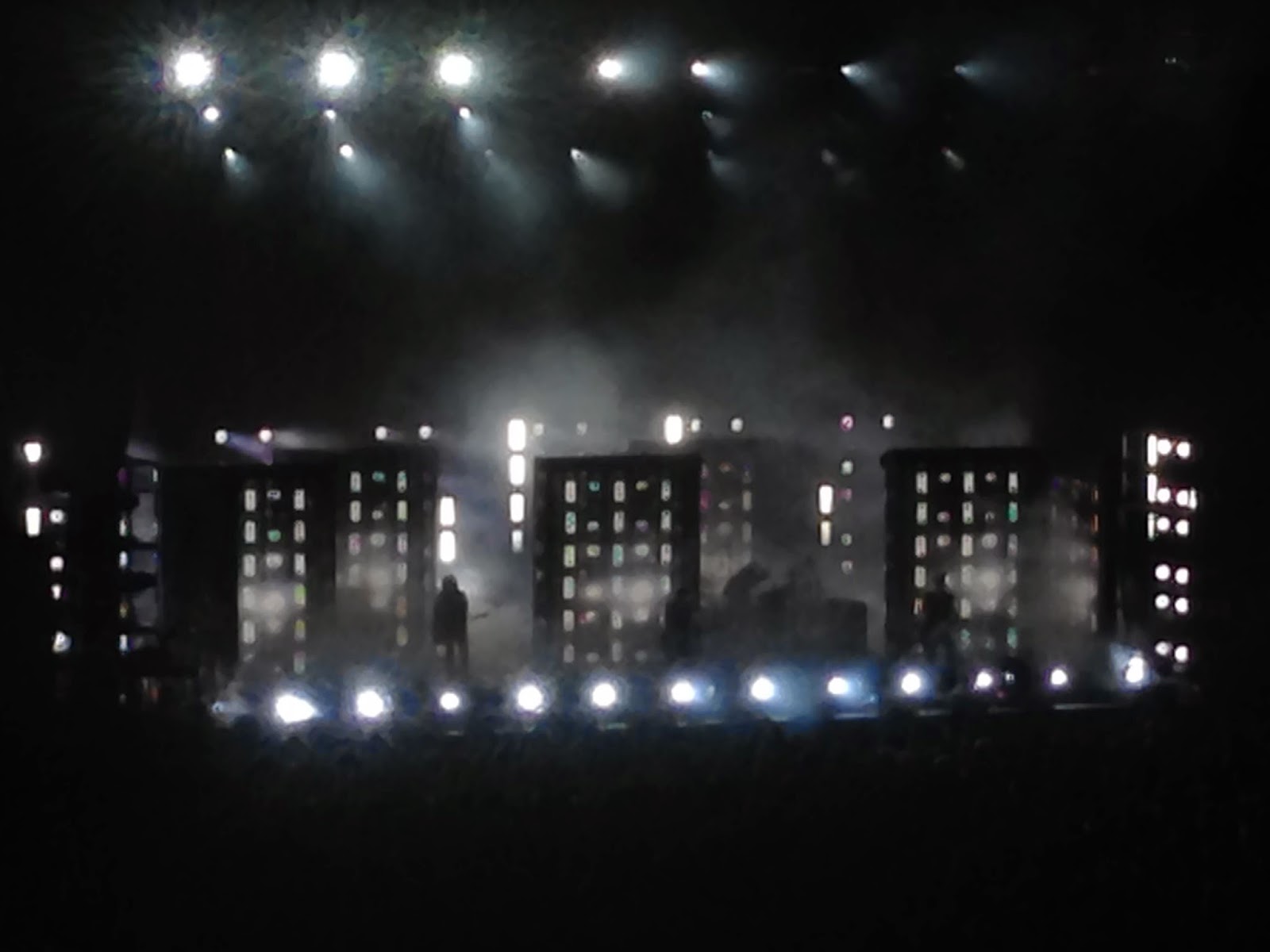 ...and then, not long after Soundgarden took the stage, the black clouds came, the sky opened up, and in came the downpour. 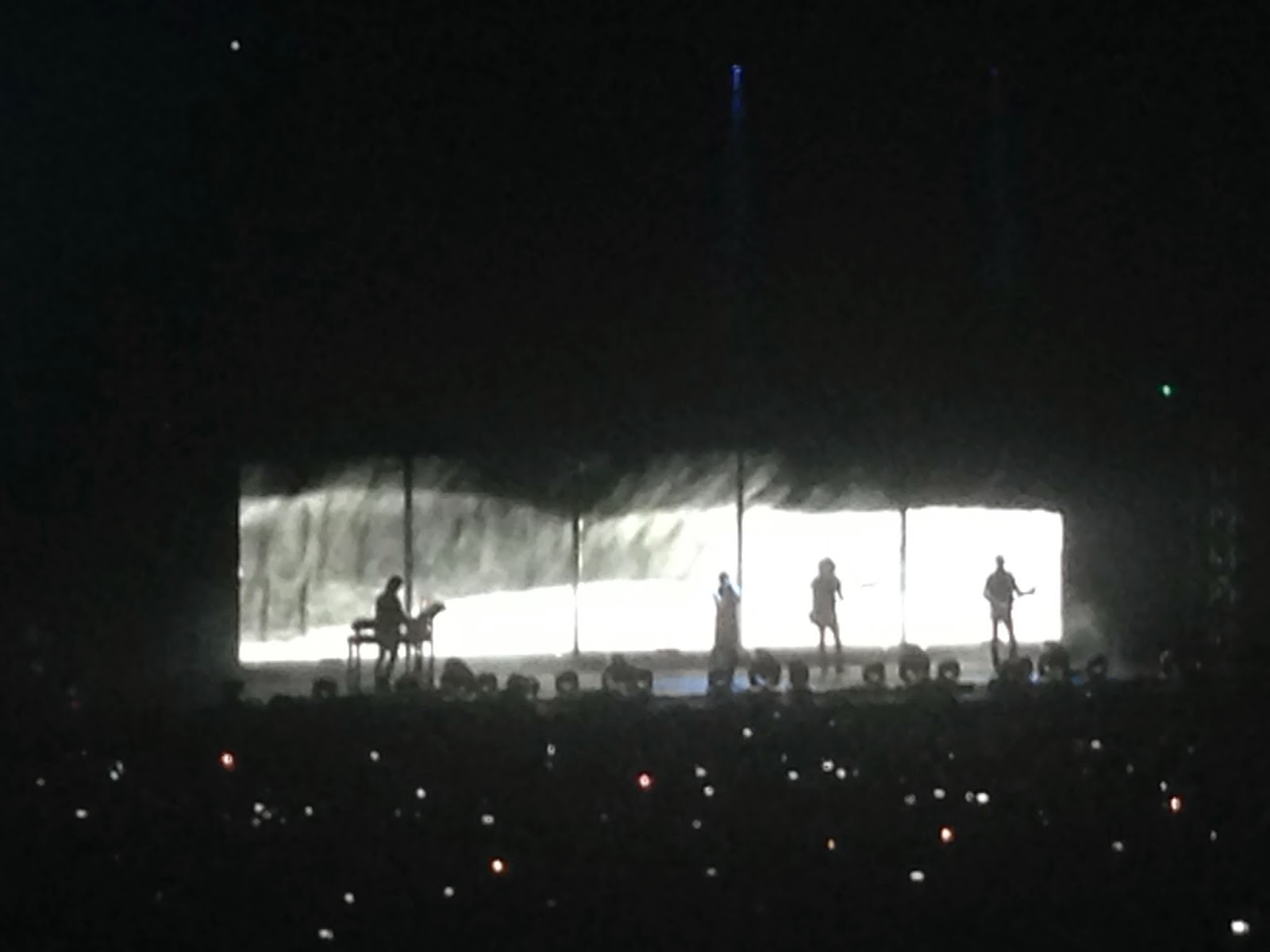 While I'm glad I had some foresight to bring my half-broken (and thus weaponized) umbrella, it didn't do much to protect me from that damn rain. It carried on throughout both sets with no signs of stopping.

And so everyone on the lawn was united - we were one huge puddle of fans. 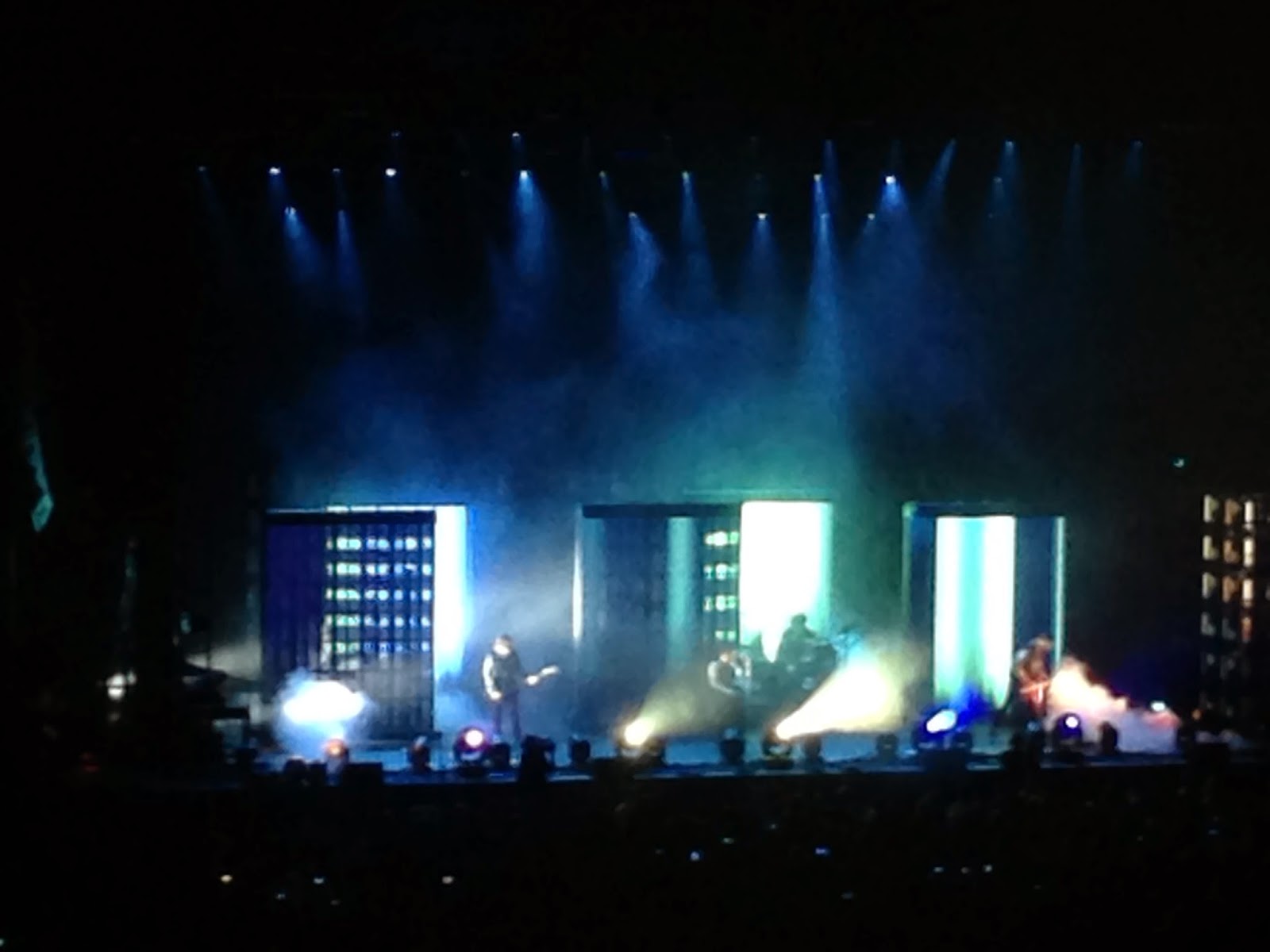 It was worth it, however.

Having never seen Soundgarden before, I can happily say that their set was fantastic, myothersecretboyfriend Chris Cornell still has one of the best voices in music, and Kim Thayil is cooler than anyone, ever. And while Matt Cameron was not on drums (likely due to Pearl Jam's upcoming tour), Cornell still introduced the drummer as Matt Cameron. So I'm counting it.

Plus they played "Fell on Black Days", so even that asshat rain wasn't enough to ruin the show. 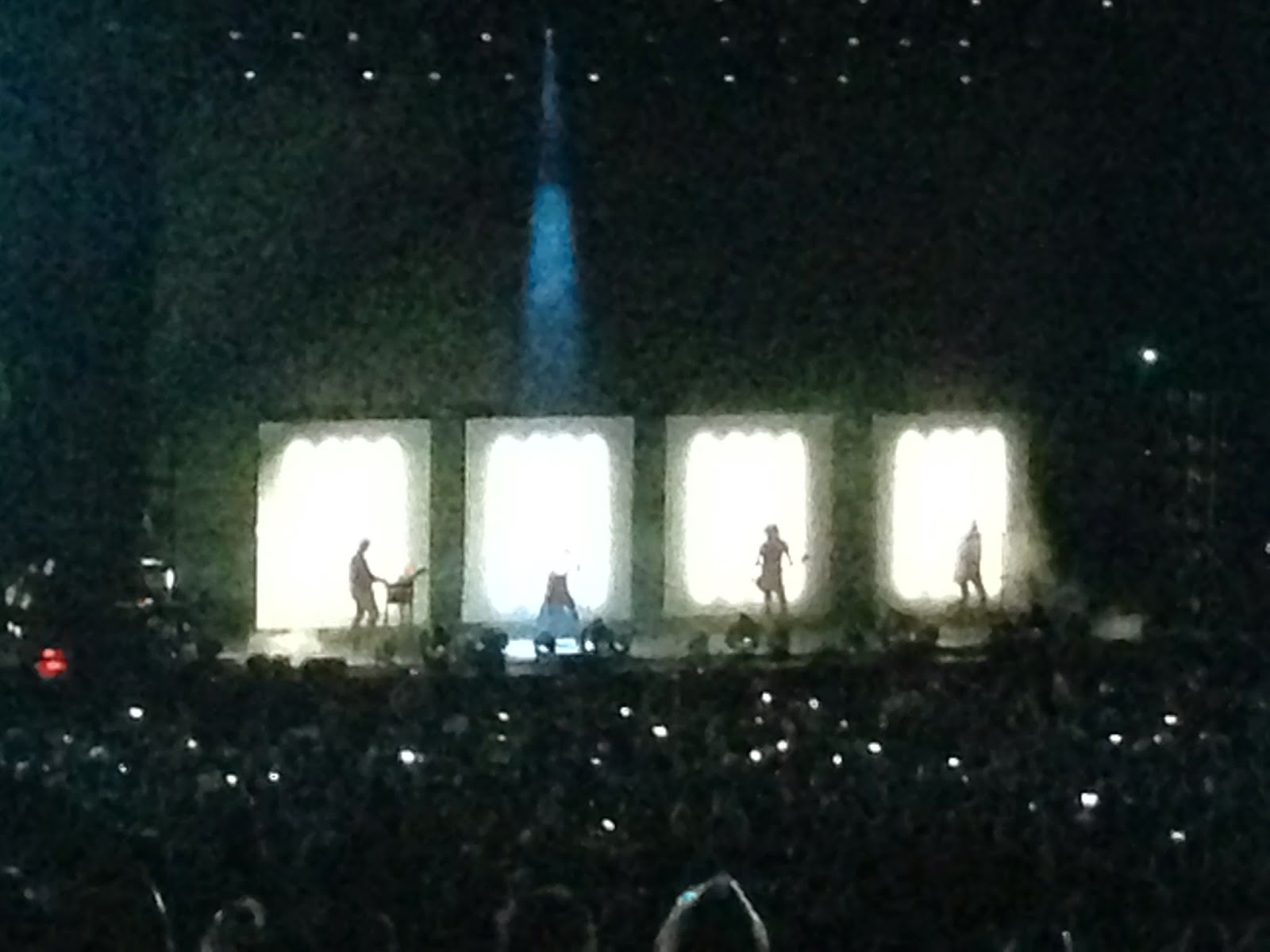 As for Nine Inch Nails? Well, after this concert I heard/read a lot of people saying that it was the best live show they've seen. But since I also saw them in October & obviously blogged about it, I won't bore you with my fangirling and uber-awe of all things Reznor The Ageless and NIN. Needless to say, it was amazing. As expected.

Even in the pouring rain.