Although I Wasn't There, He Said I Was His Friend

We all look up to somebody.

For some, it's athletes... actors... and even Kardashians, for some incomprehensible reason. For me, and for many I know, musicians have always been the ones to look up to. The ones I idolized. From my younger years via posters plastered over every inch of my walls, to now, where my adoration takes the form of musical collections, band tshirts, and blog posts. 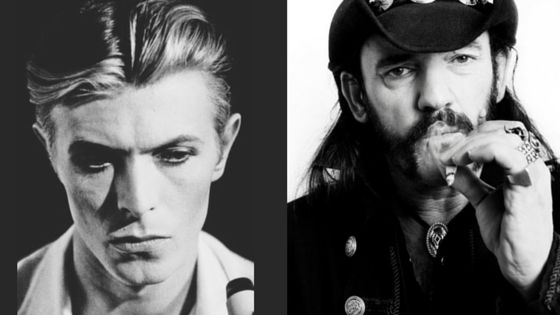 The past little while has been a tough one for the music community. Many of our heroes are dying. Lemmy. Scott Weiland. Bowie. Glenn Frey. (And Alan Rickman. Though he wasn't a musician, he was still a rockstar of sorts.) It seems to be never ending, and almost makes you want to avoid the internet so you don't have to hear that another one is gone.

But what are you supposed to do when your musical heroes die? For some, it feels like a long time friend has gone. You never really knew them, but they were somehow a part of you. They provided the soundtrack to your life, maybe during important times. Respite during tough moments. And yet, it can feel weird to openly mourn these technical strangers. Do we actually have that right? 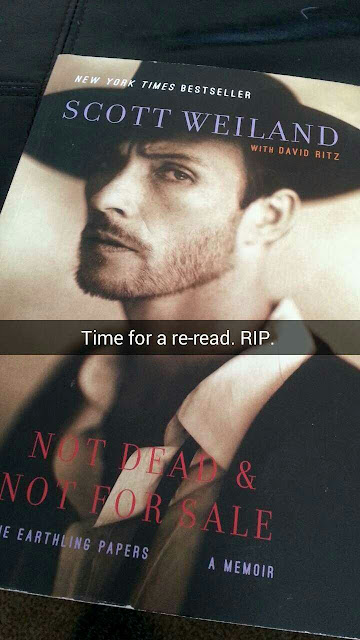 After Bowie's death, I saw a quote being posted all over and it rang pretty true:

Musicians let the freaks be freaks, and give the outcasts a place to belong. For a lot of us, even when we have no one, we have the songs. And that can sometimes be enough.

The thing about artists is that when they die, you still have what they made. The music continues. I think about that a lot when I listen to albums by people who have passed away. I can't listen to Alice in Chains' "Nutshell" without thinking of Layne Staley's death, and I wonder how different it would be if he had lived.

So go on and mourn, for those you may not have known but feel as though you did. They created something that has meaning for you, and that's no small feat.

Throat-punched by Kris at 2:02 PM No comments:

I'm A Riddle So Strong, You Can't Break Me

When I was younger, I had no desire to be alone. I couldn't fathom the idea of living by myself, didn't want to be single, and likely didn't particularly enjoy my own company. It was terrifying to even think about.

Now, as we throw ourselves into a new year and everyone is trying to come up with ways to better themselves (for a week) with resolutions that they don't really need (diets are crap; pizza is your friend), here's my only advice for anyone and everyone: resolve to be alone.

Yup. Be alone. By your own damn self. Solo.

Before you shrug that off as the rantings of a crazy single broad (I'm not crazy, I have a doctor's note!), lemme 'splain why. 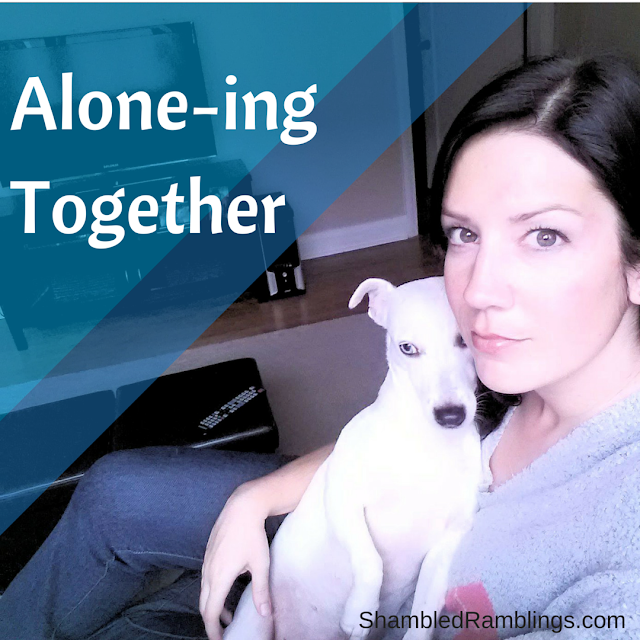 I've lived alone for the past 5 years, and have been single for about two and a half. All of this is purposeful, and it means I know what this "alone" business is all about. After my last long-term relationship, when I learned about all the health problems I had that I never even knew about, it furthered my knowledge that I had been ignoring myself.

While in relationships, I throw everything into making sure the other person is happy with "us" and then changing whatever I can if they aren't. It isn't until it's far too late that I stop and ask myself "what a damn minute, am I even happy?", and do something to change that for myself. Ah, Younger Kris. You silly bitch.

Anytime I was single, I wasn't truly single. I had a habit of falling back on old relationships, likely out of familiarity, a fear of not having someone, and an inability to allow myself to ever move on. I equated being by myself to failing at life.

I had no idea who the hell I was without someone else.

So I resolved to change that. And I've spent this past couple of years focusing on me - working through the health stuff, learning what I wanted to do each day without someone else dictating any of it, and not having anyone else to answer to at any time. Not to mention the added bonuses... my house is always clean, I cook/eat/watch what I damn well please, and there's no underwear on my floor for no apparent reason (seriously, why do all guys leave their underwear everywhere?! Is it like breadcrumbs, in case they get lost?).

And this is why I think everyone needs to know how to be alone. Truly alone.

Now, I realize that's not possible for everyone. Some of you are shacked up, wedded, making babies, or a combo of the three. To those folks, I advise you to go somewhere by yourself some day. A week long vacation if possible, or maybe a day or two away from anyone, where you take care of only yourself and make decisions that only affect you. Even that is something most of us never actually do, and it could have a similar effect.

Because of all this, I now know that the next relationship I decide to get into will be different for me. I know how to be by myself, I know I don't need someone else to make me whole. So when I find someone I want to be serious about, it's more of a kickass bonus than something I'll die without. All of you should have that knowledge; we're not broken when alone.

As I sit here with the dog, in my two-bedroom apartment where I live alone, at the desk where I run my business solo, I'm pretty glad for those lessons. And to everyone who continues to ask why, at 32 years old, I'm not married and don't yet have any kids - I refer you to this post. Re-read as needed.
Throat-punched by Kris at 3:19 PM No comments: